Living in East Yorkshire, we are regular visitors to our fantastic coastal resorts. And having enjoyed such a fantastic summer of warm weather, my husband, our son and I have enjoyed plenty of days out in places such as Hornsea and Bridlington.

But with a wedding to go to one weekend across the Pennines in Lancashire, we decided to go west early to be beside the seaside on the other side of the country.

Nostalgia on my husband’s part dictated that we ignored the quieter spots of Lytham St Annes and Formby and went to straight to the behemoth of beach resorts, Blackpool.

Read about our full weekend in Blackpool

He was a regular visitor to the town as a child, while I had never been before, so with the sun beating down as we arrived, we quickly found a parking space on the promenade and headed out to explore.

It was a pleasant walk as the promenade is wide and flat and dotted with interesting sculptures, including a giant glitter ball in homage to the town’s ballroom heritage.

Blackpool Pleasure Beach is situated on Ocean Boulevard in South Shore opposite the South Pier. There is a tram stop located just outside the entrance. For sat-navs, the postcode is FY4 1EZ.

With the tide in, the beach was out of action, so we decided to take a look around Blackpool Pleasure Beach – home to rides, shows, food and shopping. My husband has fond memories of the Pleasure Beach and he was delighted to see the famous Big Dipper ride still in action, so we spent ages watching as thrill-seekers laughed and screamed their way around the twists, turns and drops.

One thing that has changed, however, is admission to the Pleasure Beach, which was by ticket only when we visited. The other half assures me that visitors used to be able to walk around the area for free and pay to go on the rides, but now it costs just to get in.

With our boy Kasper just three years old, we decided against buying wristbands to go on multiple rides – or at least, that was a handy excuse to avoid those scary rollercoasters – and instead got a ticket for a new attraction – the Wallace and Gromit Thrill-O-Matic.

Opened this year, this family-friendly ride was billed as a trip through the duo’s adventures and cracking contraptions.

After our son was traumatised by the supposedly “family-friendly” Ice Age 4-D cinema experience at Alton Towers – which started off gently with cute scenes and falling snow before turning into a terrifying and noisy few minutes of roaring dinosaurs, blasts of air and mist – we had high hopes that a journey with two of his favourite characters would restore his confidence in theme parks, and perhaps his parents, too.

The outside of the ride looked fantastic and our boy was impressed before we had even got on, especially by the Wallace and Gromit van nearby, which we posed for pictures with.

After a short queue, we clambered into one of the giant slippers that take you around the ride, and having seen the happy faces of young children getting off as we waited, I felt sure Kasper was going to be thrilled by the Thrill-O-Matic.

Hmmm, well, it started well. The ride moved slowly and there were our heroes in various scenes from their films, the familiar theme tune and voices welcoming us. Soon after, however, it got very dark and very noisy and even the slipper started to pick up pace, unnerving Kasper. 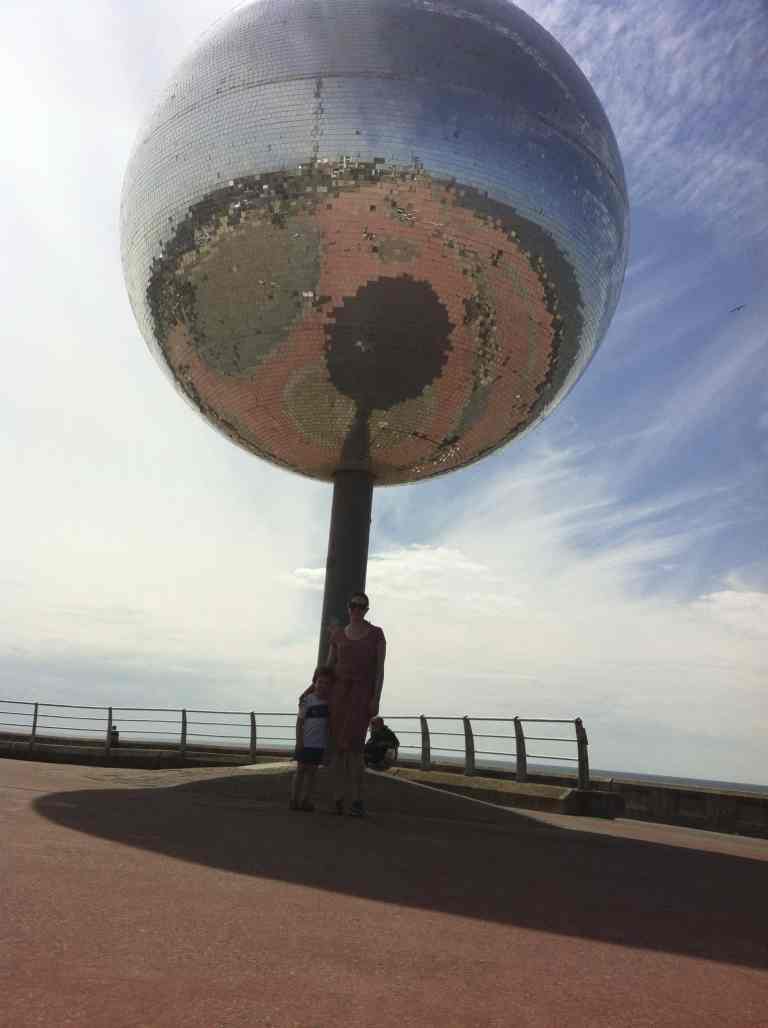 Don’t be put off, there’s nothing really frightening about it, but I think the presentation is unnecessarily flashy.

Everything was set at a volume just that little bit too loud and the dark areas were what I would expect on a ghost train, not a gentle kids’ ride.

Kasper – and, I suspect, many other children – would have much preferred the whole ride to be brightly lit and a little bit quieter and slower so he could see all the fantastically recreated scenes from Wallace and Gromit without worrying about what was coming next.

So, despite my holding him close, reassuring him and pointing out what we were going past, when our slipper emerged back into daylight at the end of the ride, I turned round to see Kasper’s hands clasped firmly over his eyes.

He wasn’t upset – and soon had his eyes wide open for a look round the Wallace and Gromit gift shop afterwards – but he hadn’t exactly enjoyed it either, which was disappointing considering we’d spent £30 to get in and go on it.

We also forked out an extra few quid for pictures of him posing with Gromit, who was outside the ride, but this left us feeling short-changed when, two minutes later, Wallace also turned up and we realised we could have got a snap featuring them both.

With a hotel to check into, it was time to leave, but we spotted lots of other rides we thought our boy would love – the grand prix race, for example, looked brilliant – which may persuade us to return one day.

I think an element of planning and research is required to get the most out of the Pleasure Beach, not least to get a good deal on the admission, and going with a group would add to the fun, too.

Joining one of the coach trips operated by firms in East Yorkshire over to Blackpool would be something I would consider so that all the organisation is done for you.

The Wallace and Gromit ride is certainly a good addition to the attractions at Blackpool but for a grand day out, the beaches here at home are hard to beat.