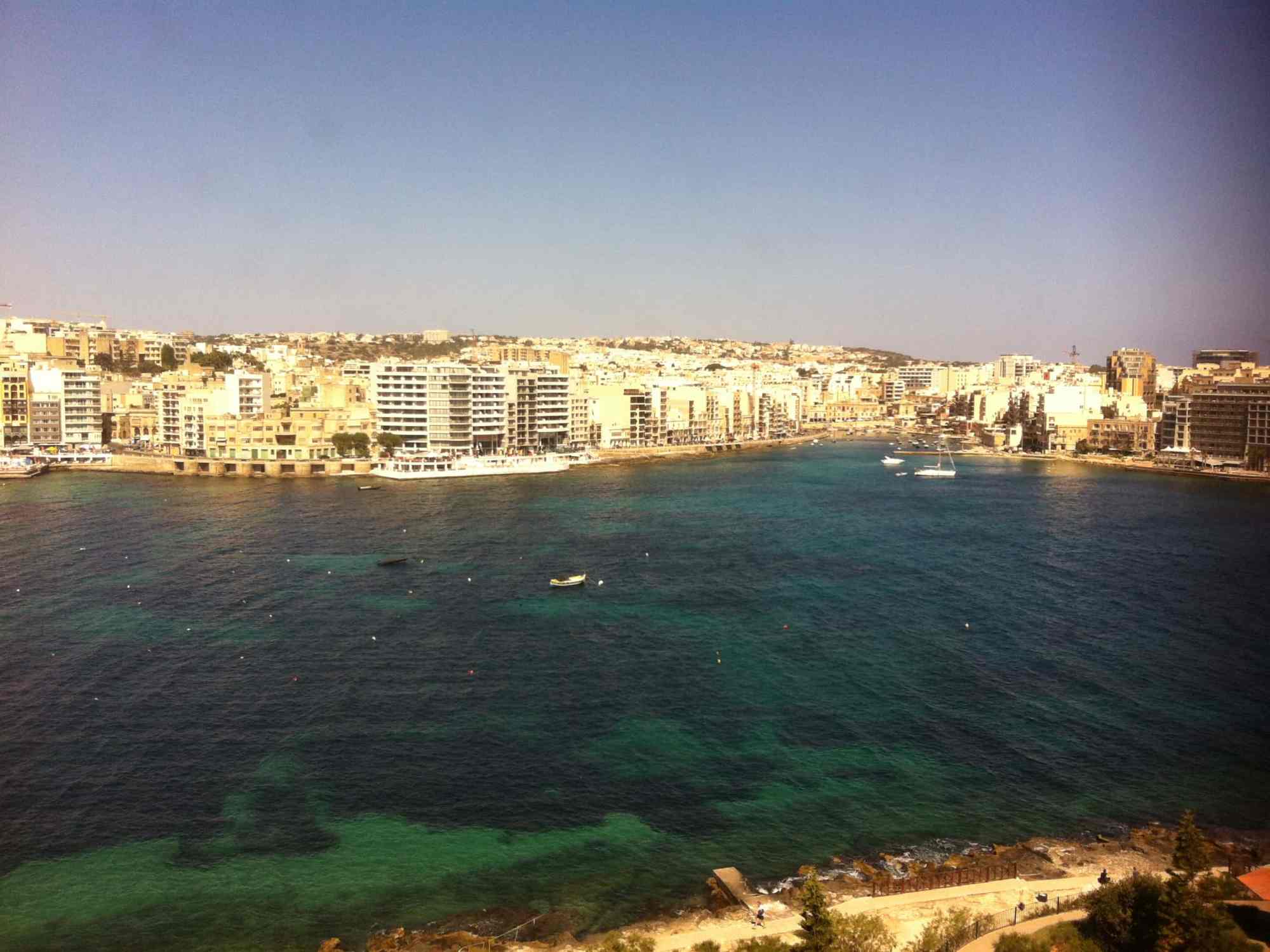 A family-friendly break in the bustling Maltese town of Sliema

One of the pleasures of travel is discovering new experiences, but with a three-year-old in tow for his very first trip abroad, we were keen to avoid trial and error when it came to finding fun in the sun on the Mediterranean island of Malta.

Fortunately, this didn’t mean spending hours researching where to go and what to see, as waiting for us at the airport when we arrived was one half of a couple of friends we were staying with for our five-night break.

Having moved to the bustling town of Sliema a month earlier, their generous offer to let us a stay in their gorgeous apartment overlooking a bay and act as guides meant we were sure to make the most of our short stay.

Following a smooth flight with Air Malta, the country’s national carrier, my husband, our boy and I were welcomed into their home in the middle of the night, just 12 hours after leaving our own front door in East Yorkshire.

After a quick catch-up, it was time for bed before the morning brought the first proper glimpse of our surroundings.

Boats bobbed on the turquoise blue sea and the sun glinted on the buildings on the shoreline – a fascinating mix of the old and the new.

Beaches are fairly few and far between in Malta but we spent our first day on a man-made one nearby – St George’s Bay.

It was small but sheltered and pretty, and our son spent a happy while paddling and playing in the sea. As is typical for the time of year, it was warm and sunny with temperatures in the mid-20s, but with a sea breeze that made it feel very comfortable.

Later in the summer, the mercury can soar into the 30s, so our visit in May/June was ideal.

Evening brought a walk to one of a huge choice of nearby restaurants and, as our hosts had sampled most, we followed their excellent recommendations, ensuring we always ate well.

Even without our expert guides, finding places to go would not have been a challenge – there was plenty to do within walking distance and as Malta was once under British rule, English is widely spoken.

Our second day took us on a short boat ride from Sliema to Valletta, Malta’s capital and a World Heritage site.

Billed by Unesco as “one of the rare urban inhabited sites that has preserved in near entirety its original features”, it is packed with historical and cultural interest.

We headed to the Upper Barrakka Gardens near the city centre, to be treated to a magnificent view of the surroundings, from where we took a ride on the futuristic and nerve-shredding outdoor lift down to the Grand Harbour.

At 58m high and taking about 25 seconds, our boy loved it as much as my husband hated it – so much so that, while we sailed back up to the top, my other half took the stairs. 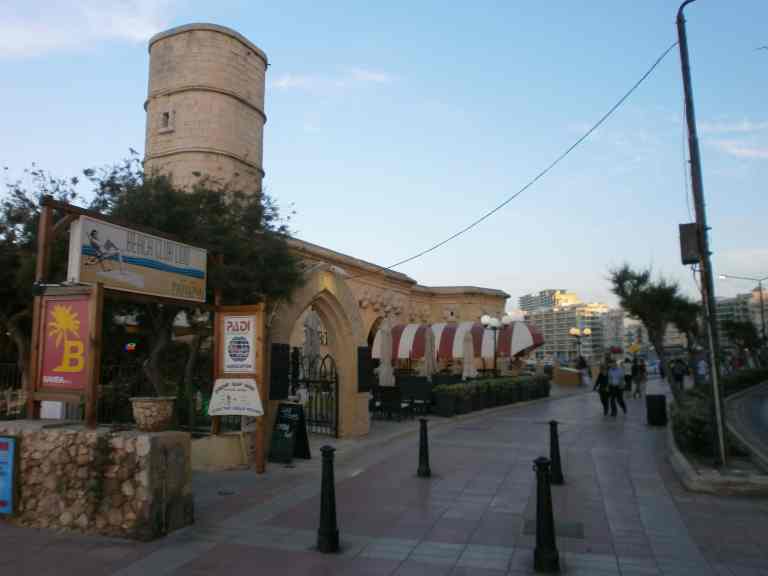 There are plenty of ways to enjoy a visit to Valletta but we chose to relax at the long-established Caffe Cordina in a piazza in the heart of the city with vast and delicious ice-creams.

Our dinner that evening was a Maltese speciality – rabbit – which was perfectly tasty, although a lot of hard work was involved separating the meat from the bones. 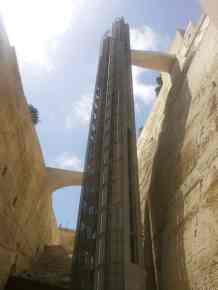 Widely available from street vendors, we were amazed to find the ones we bought cost just 30 cents, the equivalent of about 25p.

The next day, we took advantage of the frequent buses passing through Sliema to visit the north of the island, where, by coincidence, more of our friends were staying for a holiday.

It was a scenic, if bumpy, ride – the roads are potholed but this does not appear to deter the speed of the drivers – and we spent a lovely day by the pool at their resort.

From here, we also glimpsed the other two islands that make up the country – Gozo and Comino – which are readily accessible by boat.

Back in Sliema that evening, we took the pleasant walk on the path that hugs the sea to nearby St Julian’s, a very smart area where we dined at the Blue Elephant Thai restaurant in the plush Hilton Hotel. 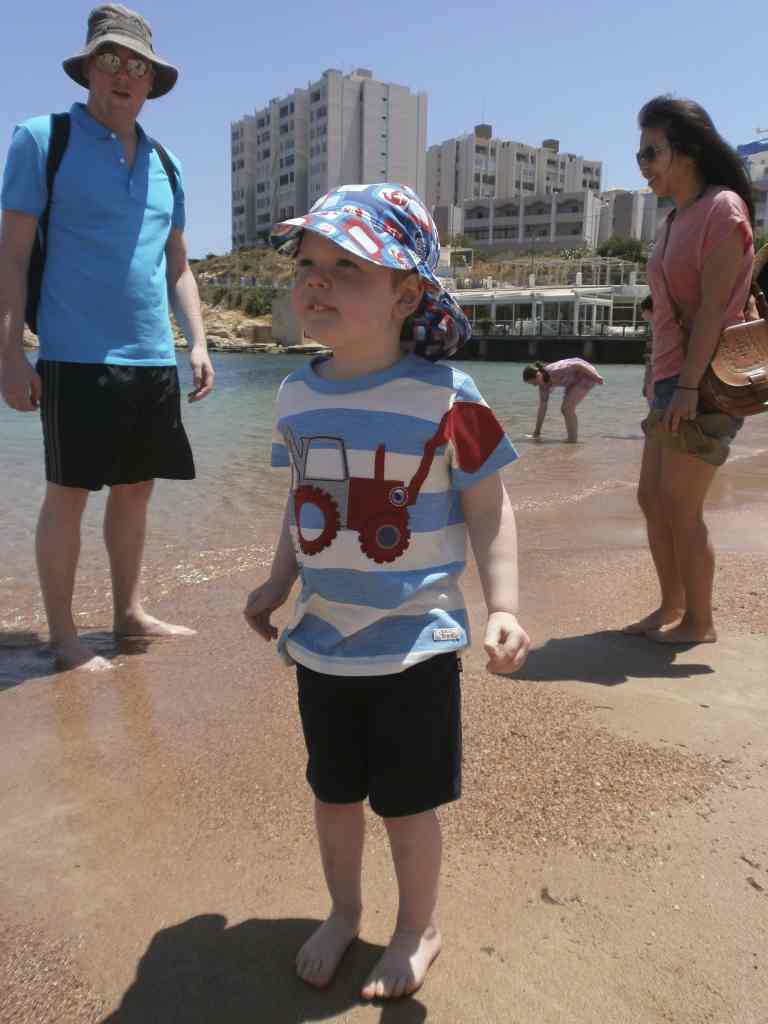 Our final full day in Malta was spent lazily exploring the rock pools on the coastline, enjoying lunch and playing in the children’s park on the seafront.

In the evening, we ordered the best takeaway pizza I’ve ever eaten, topped with gorgonzola, honey, mozzarella, parma ham and rocket – the quality no doubt influenced by the island’s proximity to the Italian island of Sicily. 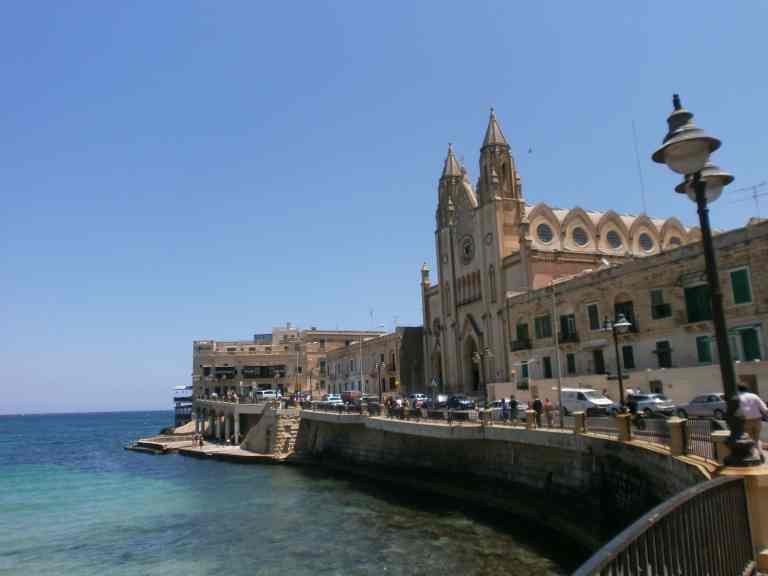 We also enjoyed excellent Italian wine at exceptionally good prices during our stay but don’t overlook Maltese wine, which was also smooth and tasty.

We can also vouch for a couple of the local brews – Cisk and, my favourite, Hopleaf.

With the airport just 10km away, we were in no rush to leave to catch our flight home, so our remaining morning passed pleasantly with breakfast in the sun.

And as we waved goodbye to our hosts, we hoped to return once again to see much more of what Malta has to offer.